by Tadminzion
in Entrepreneur
0

The entrepreneur became an angel investor after LivingLens was acquired by tech giant Medallia in 2020 for $26m.

Wong told the latest meeting of the LCR Angels Network that he’s part of a syndicate that has invested around £3m in a string of businesses.

He said when he was at LivingLens he had 26 different angel investors around his board table, some of whom left with a 20x multiple of their investment when Medallia bought the company two years ago.

One of the businesses Wong has invested in is Liverpool-based K-Safe, which is behind two safety products called RoadRadar and Flare.

He said he was persuaded to invest by the quality of the team and their game-changing products.

James Duffy, co-founder and COO of Flare and RoadRadar, told the LCR Angels Network meeting at Eagle Lab  in Avenue HQ, how Wong and his business partner David Woods also offered monthly advice, including on on how to avoid the same mistakes they’d made in business. 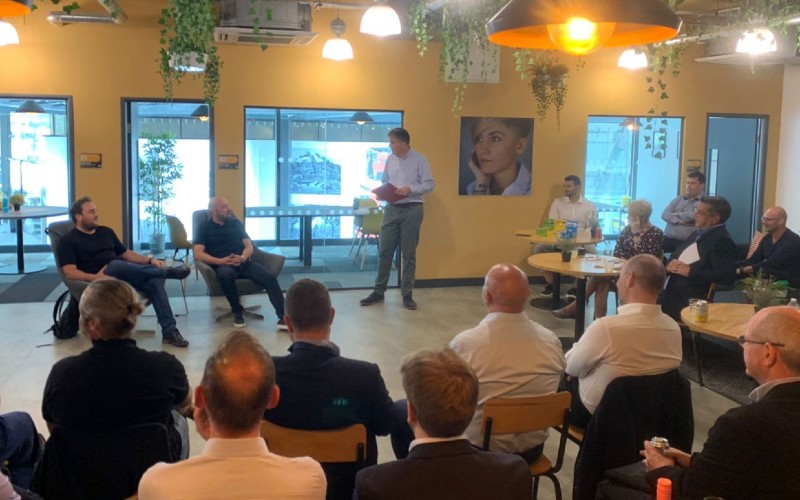 The event, which was hosted by BusinessCloud executive editor Chris Maguire, also included four pitches for investment from a range of different startups.

The first pitch came from Nicola Gleave, founder of fashion resale business Worn By Us and was followed by Mario Niszler, co-founder of Nutry Nuts, which manufactures high  protein peanut butter cups.

The third pitch was from Jan Rogers and Peter Whitehurst, of Agile Life Sciences, which is developing a menopause test while the final presentation was from Chris Eddlestone and David Lindley, of the self-service property platform Agreed.

Disney Parks has teamed up with the Russell Innovation Center for Entrepreneurs (RICE) to introduce a supply chain accelerator programme focused on transforming...

Elon Musk has faced much criticism in the wake of his acquisition of Twitter, but one fellow CEO is standing by his side — and holding him in...

TikToker Aryan Strauss claims a Hulu employee contacted her from his personal email after a customer service chat.Strauss said she received an email from an employee named "John"...

On the same day it filed bankruptcy proceedings, BlockFi mounted a legal attempt to get collateral for a loan that Alameda Research took out from BlockFi, the Financial...

In putting together its second annual list of the top Celebrity Entrepreneurs in the entertainment industry, The Hollywood Reporter surveyed some of the biggest stars in Hollywood, including...